With Mirth in Funeral and With Dirge in Marriage

Liam B. Henstridge is a Prince of England, and the Duke of York who is first in line to the throne, after his brother, Robert Henstridge.

Liam is the second son of King Simon and Queen Helena, the younger brother of King Robert and the twin brother of Princess Eleanor. After the death of his brother, and later his father, Liam was expected to become the next King of England. However, Cyrus Henstridge, Liam's uncle, claimed that Liam was ineligible to become the next King, due to the fact that Simon was not, in fact, the twins' father, according to DNA samples that Cyrus never allowed to be tested. All this information seemed to state that Liam and Eleanor were the children of their mother's lover, Alistair Lacey. Months later, however, it was revealed that Simon was, in fact, the biological father of Liam and Eleanor.

Liam was romantically involved with the daughter of his father's Head of Security Ophelia Pryce.

He is shown to be very loyal to his twin sister. He is somewhat of a playboy who found himself thrust into a new world of responsibility and expectation with the death of his older brother Robert. Liam is a nice guy and cares about people. He is also a philanthropist. He loved his father and cared about him. He strived to make his father proud, but also to defy his controlling mother. When he and Gemma get into a car accident, he feels guilty for leaving Gemma in the car and accepts and understands why Ophelia is disgusted with this behavior. He is honorable in that he did not want to leave Gemma in the car but was knocked out and forced to leave.

He feels as though he will never be able to live up to his father or older brother's legacy. He and his sister are in someways more in touch with their subjects' experiences then their the rest of their family with the exception of King Simon. This is revealed when the royal family minus Eleanor goes to tour the country and listen to their subject's problems.

Once King Simon is killed, Liam is set to take the throne. Prince Cyrus, however, brings to question the legitimacy of the twins and takes the throne for himself. A DNA test is performed which indicates that Simon is not their father, but it is revealed that the test was never performed and the results were forged.

Throughout Season 2, a #KingLiam movement begins.

Liam blames himself for the death of Ted Pryce, even though he did not actually kill him. At the beginning of Season 3, he lashes out and starts participating in an underground fight club to try to cope with the blame he has placed on himself.

Liam seems to be the more upbeat and positive of the twins.

Gemma is an heiress to a diamond cartel. She had broken up with him prior to Season 1, but showed up to try to win him back after the death of his brother, Robert. She rivals with Ophelia for his affections and can be quite manipulative towards him. Gemma disappears and stops pursuing Liam once Cyrus brings into question his legitimacy and thus right to the throne.

Ophelia Pryce is the daughter of the King's former Head of Security, Ted Pryce. She grew up in the USA with her mother, but lives and studies in London during Season 1. She is a dancer whom Liam falls in love with, but she must compete with Gemma for his attention. Helena does not like Ophelia much, and worries that she is not prepared for a life in royalty. The palace eventually bribes a New York dance group to hire Ophelia to get rid of her. We can say this is Liams biggest love interest with.The two intensely falling in love. Ophelia always wanted Liam but not his world aka the paparazzi.Yet she and Liam fell in love they laugh and joke together all the time and are always happy to see each other. With this being one of the saddest love storys how will these star crossed lovers rekindle any romance after season two's events.

Willow is a polo player who has a brief flirtatious relationship with Liam. Later in Season 2, Liam is seen going to her for advice on several personal issues.

Kathryn is a bartender and the former girlfriend of King Robert Henstridge and Prince Liam Henstridge. Before the disappearance and supposed death of Robert, he and Kathryn had a relationship, though it was quite obvious that Liam also had feelings for her. Robert kept his relationship with Kathryn hidden from the public, as he was meant to become the king someday. After Robert's disappearance, she and Liam eventually begin seeing one another, though both of them feel slight guilt.

When Robert is discovered to be alive, having been rescued, Liam gives Kathryn a choice: him or Robert. Kathryn chooses Robert, but Liam still pursues her behind his brother's back. After Robert turns her down in a bad way, they continue their relationship and inform the press about it. At the same night he and Kathryn create together their plans to uncover Robert. The plan includes Kathryn giving the impression to Robert that she is still in love with him so that Robert thinks that he has done everything he wanted: he has taken it all from Liam, something that is far from the truth.

In With Mirth in Funeral and With Dirge in Marriage it is revealed that Kathryn is pregnant with Liams baby. Liam and Kathryn's baby would be third line heir to the throne of England. 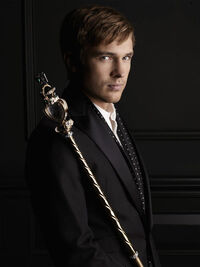 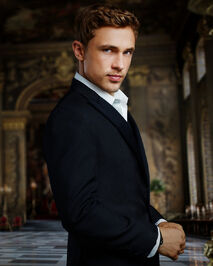 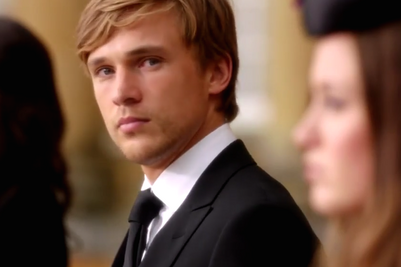 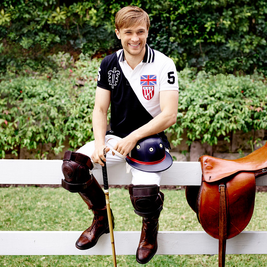 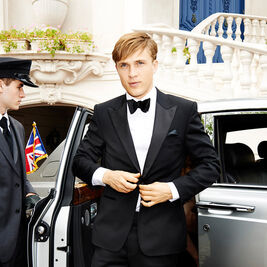 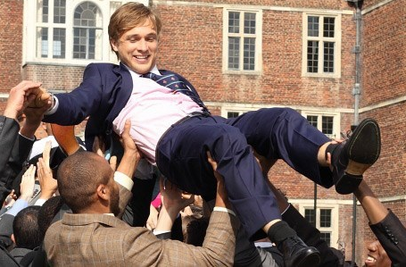 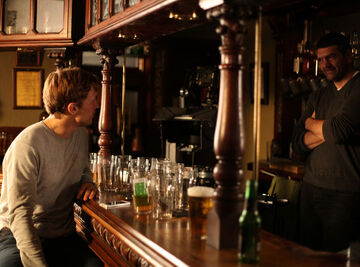