Her Royal Highness Princess Eleanor of the United Kingdom

Live your life. Chase whatever makes your heart race.Motherly advice

Princess Eleanor Matilda Henstridge is a Princess of the United Kingdom and second in line for the throne of Great Britain.

Eleanor is the third child and only daughter of Simon Henstridge and Helena Henstridge, Eleanor is also the younger sister of Robert Henstridge and the twin sister of Liam Henstridge. Eleanor's nickname is "Lenni," which is believed to be given to her by her father. also Her twin brother often uses "Len".

Eleanor is a willowy brunette who wears a lot of eyeliner and eye makeup (usually smudged due to her wild ways), short dresses and platform pumps. She is very thin. Eleanor is described as a "wild party girl." Before the series started her and Liam both used casual partying and drug use because they could, but after Robert's death, Jasper's blackmailing of her, and the downward spiral that followed, her partying and drugs became a clear addiction. Eleanor had a great relationship with her father, and was devastated by the attack on him. Eleanor rarely gets along with her mother, who sees Eleanor as a rival; Eleanor defies Queen Helena every chance she gets.

Eleanor has a tough shell, but is vulnerable and lonely beneath her mask. It's said that she was close to Robert, it's shown that Simon always believed in her potential, and Liam and she were always close, but with the former two dead and the latter more dedicated to following their father's example Eleanor is left alone. She has a very hard time trusting anyone. Her biggest fear is that she will lose her twin brother, Liam just as she lost Robert and her father.

Princess Eleanor was blackmailed by her bodyguard Jasper into a sexual relationship. Later he said that he actually loves her. Fans often refer to them as "Jaspenor" or "Jelenor" 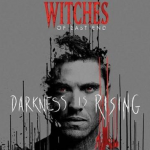