Prince Cyrus Henstridge is a character in the E! drama soap The Royals. He is the primary antagonist in season 1. He was temporarily the King of England after the death of his older brother, the late King Simon. He is portrayed by actor Jake Maskall.

Cyrus is the second son of the previous King and Queen of England and the younger brother of Simon Henstridge. Cyrus married and later divorced Veruca Pomperwell, Duchess of Essex, who gave him twin daughters, Princess Maribel and Princess Penelope.

Cyrus has always wanted to be King - a role his older brother assumed after the death of their father. Cyrus is very power hungry aligning himself with Queen Helena to get that power. He is the polar opposite of his older brother Simon. He wants to be the next on the throne.

It starts out with Robert's funeral and we see Eleanor accusing Cyrus of being happy that Robert is dead which means there are less people in line for the throne. We see Cyrus checking out the maid, Prudence while the whole family dines together. Later on, Cyrus came onto Prudence, which she rebuffed, but he threatens her job if she does not perform sexual acts on him. 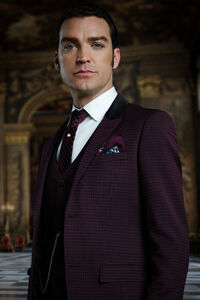 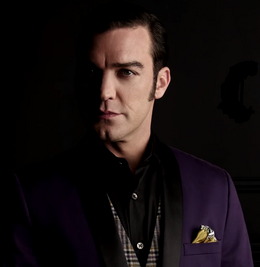