Captain Alistair Lacey is Helena Henstridge's secret lover. Alistair often sneaks into the hidden passageway in the Queen and King's bedroom where they would meet for sexual encounters. Alistair is also the only person in the series who Helena has shown emotions to. He calls her "Hellie" and they tell each other "I love you. Throughout the series, it is clear that they know each other since they were kids.

Cyrus orders his death and Lucius carries it out when he delivers a letter from Helena to Alistair. He reads the letter to Alistair and explains what will happen in the future. Then, Lucius leaves Alistair‘shouted and two men enter with the intent to kill Alistair. Two gunshots are heard and the audience is left assuming Alistair is dead. Later on, the audience sees Helena grieving for Alistair and she goes to his house, smells his clothes. Then, she turns around and sees Alistair, alive. They talk, and he asks if the twins are his. Helena says she doesn’t know. Helena wants to leave with him, but he refuses. He gives her some of his blood for a DNA test. Then he says he doesn’t want to see her unless the twins are his. yet they are madly in love. 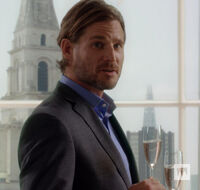 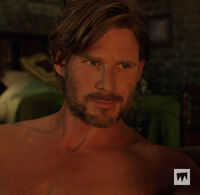 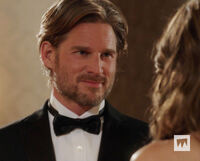